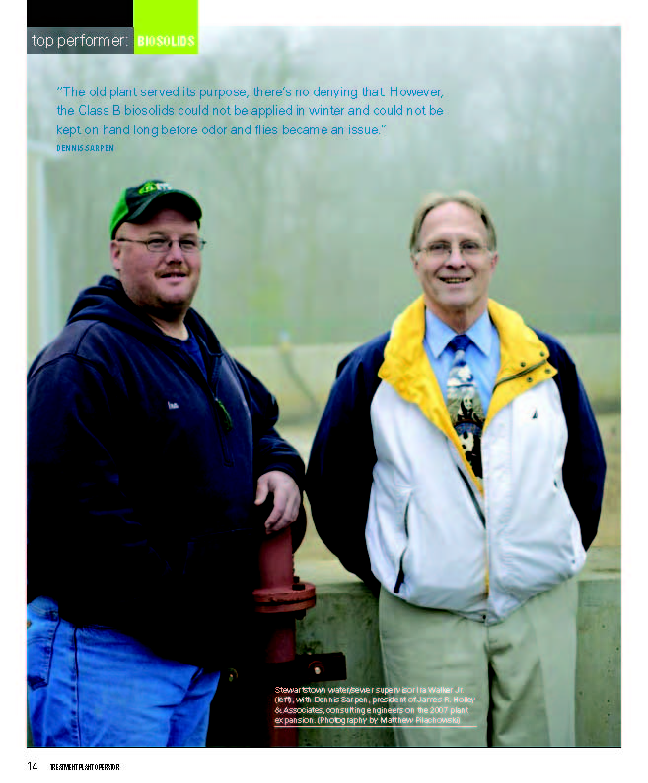 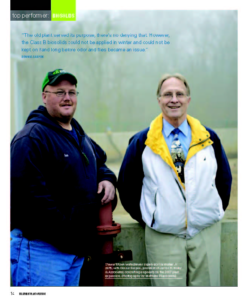 Almost everything about the Stewartstown Borough Wastewater Treatment Plant speaks to its diminutive size. Though located on 20+ acres, the plant itself occupies less than an acre.

In fact, since the expansion, the facility has dramatically improved the quality of effluent discharged to Ebaugh Creek. Ammonia levels which once repeatedly exceeded 7 mg/l, are now routinely less than 1 mg/l, and total nitrogen levels, previously estimated at 25 mg/l, have been reduced to less than 6 mg/l.